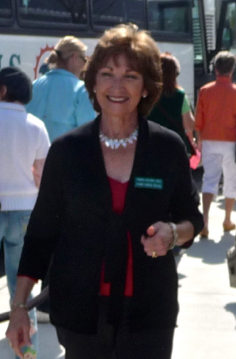 Last week, club president, Linda LaRue Brown was interviewed by WGCU’s Valarie Alker.  The two spoke about celebrating the 60th Anniversary and the impact Naples Garden Club has had on the community over the years.

Alker states “Would Naples be as beautiful without the Naples Garden Club?  A review of its history shows probably not.    Established in 1953 by 34 gardening enthusiasts – it’s been at the forefront of numerous beautification as well an environmental initiatives ever since.  Club members marked their 60th anniversary today with a luncheon.  We spoke to its current president, Linda LaRue Brown . . .” Click here to listen to the interview on WGCU’s website.