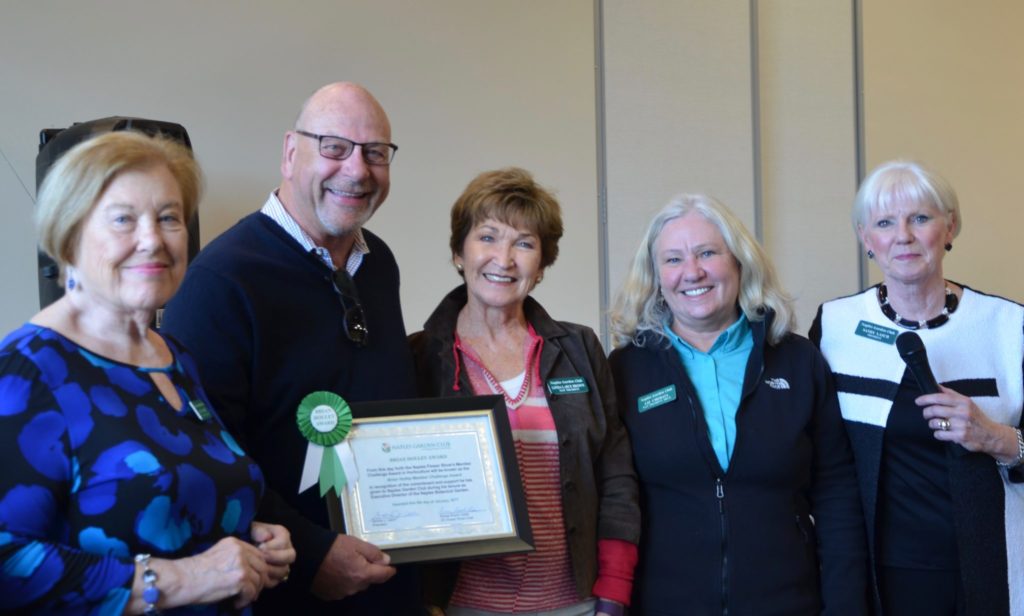 In 2007, Brian arranged for NGC to hold meetings in the Windstar Room. As our monthly member meetings required more space, our meetings were moved off campus. This was also the year that our H&GT was headquartered at NBG. Brian was very open to the Windstar Room and Garden being the site of our Welcome Center.

In 2012, the Kapnick Center at NBG was completed and Brian and the Garden welcomed us to hold our meetings in the Buehler Room.

In 2014, after the new Chabraja Center opened, Brian arranged for some of our larger meetings to be held in the beautiful Kapnick Hall.

In 2012, a consensus between the leadership of NGC and NBG was formed, during President Sondra Quinn’s tenure, to develop a Memorandum of Understanding (MOU) that would form a framework for the relationship between the two organizations. Three MOU’s were created in 2013, under the Presidency of Linda LaRue Brown. The first  MOU covers the Idea Garden, programs and workshops and NGC office space; the second covers the House & Garden Tour; and the third covers the Flower Show.

Naples Garden Club is one of the few garden clubs in the country that is fortunate enough to have our office and facilities located in a botanical garden. We are so very lucky. Without Brian and his commitment to our club and mission, none of this would have happened.