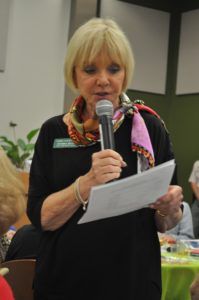 House and Garden Tour Chair, Sharon Hildebrandt, announced that our upcoming Tour will feature four lovely homes – one in Port Royal and three in Old Naples.  The date is February 4, 2017. Members can sign up for 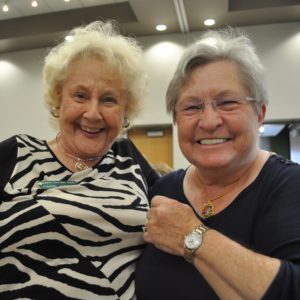 hospitality, house hostess and raffle positions at the next GM meeting or can reach Sharon at samattack@yahoo.com or 716-908-3726.  There are still a few seats on the Preview Tour available, just sign up on the NGC Events Calendar.

Renee Lewis, Flower Show Chair, announced that the 2017 theme will be “Cinderella”.  Flower Show Schedules will be available again at the December GM.  Members should read page two of the schedule for the timeline.  NGC would like to double the number of Horticulture entries this coming year.   For workshops focused on entering Flower Show, check the Events Calendar.