During the History Minute at the December General Membership Meeting, Linda Brown shared with members a short history of past programs offered at the Naples Garden Club. She was surprised to learn that NGC member Dolly Ross had attended almost all those meetings. 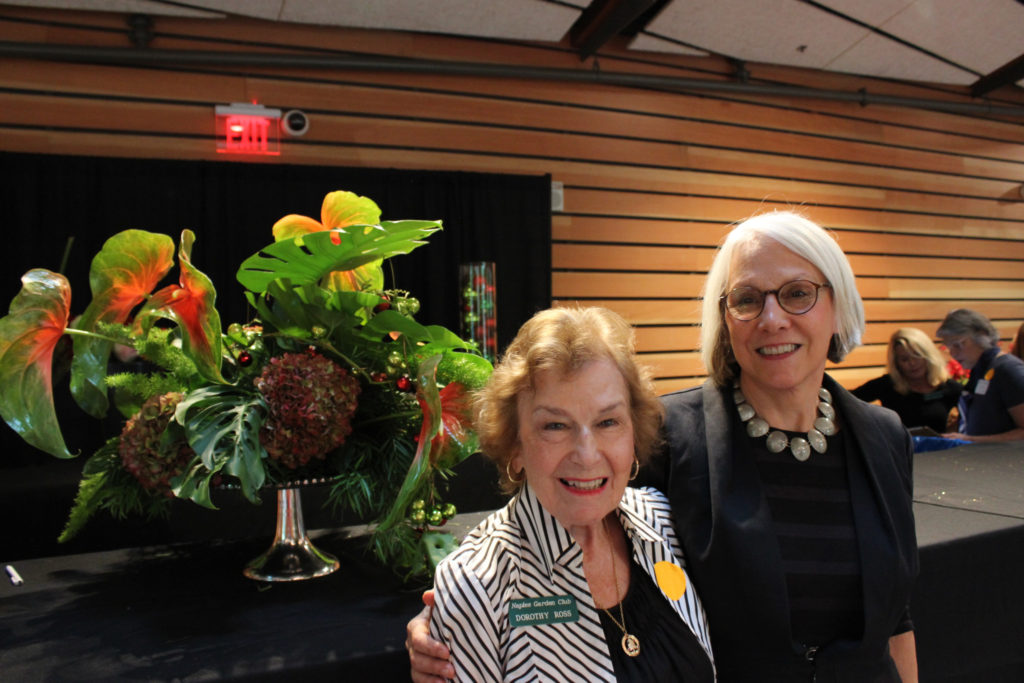 In 1957, just four years after our club was founded, we collaborated with Caribbean Gardens (now Naples Zoo) to present famed botanist Julia Morton. This one Dolly didn’t attend, since she didn’t become a member until 1983, only 33 years ago.

In the 80s, speakers included a floral landscaper from Java, a former floral decorator for the White House and a former ambassador from Argentina, who was also a flower expert. Dolly attended all these programs.

Fast forwarding into the 2000s, we welcomed floral designer Tony Tedesco and American horticulturist Tony Avent. Landscape architect Raymond Jungles and the late Made Wijaya, who created several of the fabulous garden spaces at NBG, also distinguished our programs. Dolly, of course, was there.

We want to say thank you to Dolly Ross (pictured with Jane Godshalk) and all the other members who have attended so many of our programs over the years.